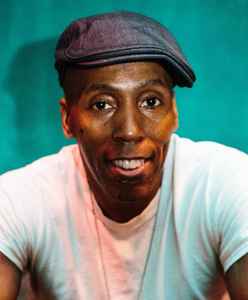 One of the most popular Chicago house producers during the late 1980s thanks to his massive club hit "French Kiss", Lil' Louis was also the only Chicago producer to successfully deal with the major labels; he released two albums for Epic, and only left the label at his own instigation. Born in Chicago, Louis was the son of guitarist Bobby Sims, who recorded for Chess and appeared with the psychedelic-soul unit Rotary Connection. He grew up with nine siblings and played both drums and bass as a child, then began DJing in the mid-1970s (he earned his nickname after appearances at the club River's Edge while still in middle school). By the end of the decade he had his own club, the Future, where he began working on his editing techniques, thanks to a cassette deck and later a reel-to-reel recorder.

By the 1980s, Lil' Louis was hosting the biggest house parties in Chicago, and he began recording his productions around that time as well. His first single "How I Feel" appeared on his own label, and he began collaborating with Marshall Jefferson on several tracks, including "Seven Ways To Jack" by Hercules, Byron Stingily's "I Can't Stay Away". In 1987, his new single "French Kiss" became a local hit, then a platinum-selling international classic after being licensed to CBS and FFRR. The success triggered a major label contract through Epic, and the release of his debut album "From The Mind Of Lil' Louis" (1989).

Charting a course across jazz-fusion and R&B as well as house, the album was one of the best produced by any of the Chicago figures, and included session contributions from Larry Heard, Die Warzau, and his own father on drums. From the album, the moody single "I Called U" became another club hit. His follow-up album, the more stylistically unified "Journey With The Lonely", didn't fare as well and Lil' Louis retired from recording for over four years, preferring instead to set up his own studio in New York and work on production with Babyface and Me'Shell Ndegeocello. He returned by collaborating with "Little" Louie Vega of Masters At Work and also worked on production for Black Magic.
Sites:
Facebook, SoundCloud, Twitter, YouTube
Aliases:
Lil Louis And The Diamond Corp., Lil' Louis & The Party, Lil' Louis & The World, Marvin Burns, Rain: A Lil' Louis Painting
Variations:
Viewing All | Lil' Louis
'Lil' Louis, A Lil' Louis Painting, L'il Louis, L. L., L. Louis, L.Louis, Lee Louis, Li'l Louis, Lil Louis, Lil Louise, Lil'Louis, Lil'louis, Lill Louis, Liou Louis, Little Louis, Louis, Louis Burns, Louis Lil, M. Louis, lil Louis

Lil Louis was apparently sneak-peeking a few new albums also 1 year and a half ago... Are they ever going to come out???