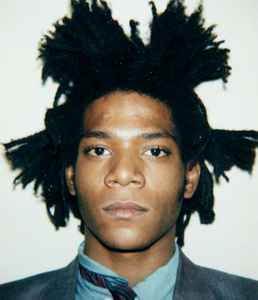 In the decade prior to his death he had been a sensation in the Manhattan art world, bringing graffiti off the streets and into upscale galleries. He had also tried his hand at film making and music production, notably the classic hip-hop track "Beat Bop" by K-Rob and Rammellzee.
Sites:
basquiat.net, artchive.com, Wikipedia
In Groups:
Gray (2)
Variations:
Viewing All | Jean-Michel Basquiat
Basquiat, JMB, Jean Michel Basquait, Jean Michel Basquiat