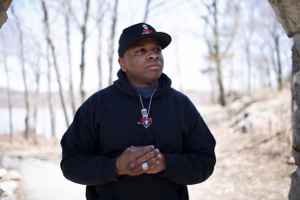 Real Name:
Walker Vernal Seldon
Profile:
Walker Vernal Seldon (born May 18, 1994), prevalently known by the stage name Selldretti, is an American rapper, songwriter, and producer residing in Fayetteville, North Carolina. In 2017, his single named Welcome to Columbus, Ga got numerous positive reviews gaining his notable reputation. He is an independent artist who has his own record label called Selldretti Music.

Early life: Selldretti was born in Columbus, Georgia where he went to Northside High School. After graduating, he enlisted in the United States Army as a Private First Class.

Education: In 2014, Selldretti deployed to Bagram, Afghanistan with the 10th Mountain Division in support of Operation Enduring Freedom. While there, he got an acceptance letter to attend the United States Military Academy Preparatory School which acknowledged and came back to the U.S. to pursue. In 2019, Selldretti earned his Bachelor of Science Degree in Law from the United States Military Academy and commissioned into the United States Army as a 2nd Lieutenant. On June 22, 2019 he received a proclamation from the Mayor of Columbus, the Honorable B.H. "Skip" Henderson III, to assign this day as 2nd Lieutenant Walker Vernal Seldon Day to commemorate the achievement of being the first African American male from Columbus, Georgia to graduate from the esteemed institute.

Career: Rapper Selldretti attracted enthusiasm turning into a rapper from his more established sibling Marcus Seldon, who also goes by his stage name Marcus Muscogee. He refers to rappers like Tupac, Biggie Smalls, Nas, Jay-Z and Curren$y as influencers of his rap style. In 2017, Selldretti released his single Welcome to Columbus, Ga which which was featured on DJ Young Cee's mixtape Record Labels Need Me Vol. 88. The song was part of his debut album Life Goes On which was originally released in 2016 however released on streaming platforms in 2017.

S.M.G: Around the same time, Selldretti created rap group S.M.G. and released their only group album The Move in 2017. In December 2017, Selldretti released his second studio album Back to the Boom which includes his hit single Rock the Block. In 2018, he released his mixtape The Dilla Way: A Tribute to J. Dilla to remember the life of Hip-Hop producer J. Dilla. In 2019 he released his EP The People V. Sharheem.

Break: Because of military commitments and concentrating on his family, Selldretti enjoyed a long hiatus from making music and made his arrival in 2020 with the arrival of his freestyle Still Movin. He also released another single The Final Chapter later in the year. In April 2021 he released his single Composure which peaked at #1 on the iTunes Top 100 Hip-Hop/Rap Charts and #2 on the overall iTunes Top 100 Charts in South Africa. Through the span of his profession, Selldretti has amassed more than 9 million streams worldwide.