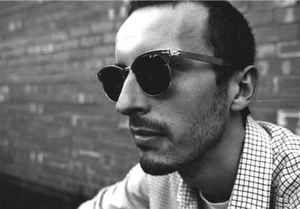 Real Name:
Neil Spragg
Profile:
Born and raised in Birmingham, but now resident in Herefordshire, Sir Real (Neil Spragg) has been a busy boy for over 30 years as a drummer, DJ, producer, label-owner and promoter. For the last 25 years, following an eye-opening visit to Holland, he has been an integral part of the Midlands club scene and is one of the four original resident DJs (alongside Surgeon, Paul 'Damage' Bailey & Terry Donovan) from notorious Birmingham club House of God, one of the oldest constantly-running techno clubs in the UK, if not in the world (it celebrated its 26th birthday in March 2019!)

Sir Real has DJ'd and played live extensively around the UK, as well as in clubs across Europe, and in Japan. For the first four years of his DJing career, he was also resident (with Surgeon) for the Third Eye Soundsystem, another much-loved Brummy club., and has run various nights in Birmingham including the legendary Spunky Town, and Contact, Birmingham’s first electro night.

Sir Real is a prolific producer, and released several well-received EPs on the now-defunct Round Records (which he helped set up in 1997, and was the first label to release tracks by Surgeon). He also has his own labels [k]racktroni[k], Snafu Recordings and Tronika, and helped to run Covert Records (also now defunct) with DJ Bigfoot.

When he’s not behind a drum kit with Omnia Opera, 7shades and iblamethatcher, or releasing records, he is also an award-winning composer / sound designer for multimedia companies worldwide, and promotes gigs under the Unorthodox Paradox banner.
Sites:
Bandcamp, Facebook, sirreal.biz, Bandcamp
Aliases:
Neil Spragg