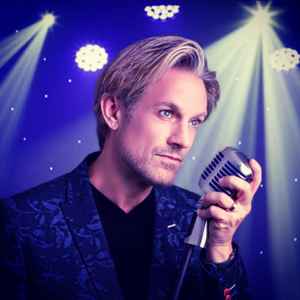 Real Name:
Eike Moriz
Profile:
Ike Moriz is a widely acclaimed South African pop star, singer, songwriter, producer, crooner and actor. He has created 20 albums ranging from original melodic indie Rock/Pop to Latin/Easy Listening, Lounge, Blues and Jazzy Swing. His label Mosquito Records London PTY Ltd was founded in 1999 in London, UK and his songs reached No.1 in the UK, Holland, South Africa and Germany. In 2002 he recorded his first hit single/Maxi-Single/EP Ike Moriz - Fall Into The Sun at Tin Pan Alley Studios in London with producer Steve Kent. Moriz then recorded his first 2 solo albums at Motion Studions in London, mixed, mastered and engineered by Alan Van Kleef (2) from 2003-2005. After 6 years in London where he performed as the lead singer of indie rock band Stunt Double, Moriz is officially based in Cape Town since May 2005 and regularly tours in Europe with saxophonist Kurt Buschmann and others. Ike recorded all his subsequent music as well as produced other artists at Paris Studios in Fish Hoek, Cape Town, South Africa. In South Africa he performs, records and collaborates with musicians like the Cape Philharmonic Orchestra, saxophonist Willie Van Zyl, guitarists Willem Moller, Greg Schoeman, Gorm Helfjord, David Leadbetter, or Jeremy Olivier (2), drummers Kevin Gibson (2), Paul Tizzard, Ivan Bell, or Frank Paco, pianists Andrew Ford, Amanda Tiffin, Muriel Marco, Jason Reolon, bassists Robert Nel, and many more. Other well established singers like Judith Sephuma, Monique Hellenberg, Elana Afrika, Melanie Scholtz have also performed and/or recorded together with him among many others. Throughout his career, he has performed in 17 countries: South Africa, Germany, the UK, Namibia, Morocco, Spain, Italy, Greece, France, Portugal, Senegal, Malta, Turkey, The Netherlands, Luxembourg, Canary Islands and Belgium. Ike is married to singer Nataniël's sister Madri Le Roux-Moriz since 2012 and they live together with their 2 daughters Sofia Marie and Kateline in Hout Bay. There is a rock formation on Chapman's Peak mountain called "Ike's thumb" named after him and Ike was voted one of the top 5 singers in SA in 2006. Ike was born in Friedberg, Germany on 14 May 1972 and grew up in Hamburg. He went to school at Gymnasium Wentorf (grammar school) near Hamburg, where he was head boy for one year. After matriculating by doing the German Abitur in 1990, he did a 1 year compulsory infantry army service in Delmenhorst (Bremen) and Wentorf (Hamburg). He then spent 6 months in South Africa in 1992-1993, working on his uncle's citrus farm in Clanwilliam, Western Cape followed by studying economics for 2 years at Universität Hamburg from 1993-1995. He then studied Jazz, Rock and Pop music at the Hochschule für Musik Carl Maria von Weber Dresden from 1995-1999. His singing teacher was the well-known opera singer and crooner Hanns Petersen. During this time he did a 12 months long international exchange program at the College Of Music, University Of Cape Town and the Conservatory of Music in Rotterdam in 1997-1998. He has 2 music degrees (jazz, rock, pop vocalist & music education). All his work is being distributed by CD Baby and Mosquito Records London PTY Ltd as well as Jassics Music (Jazz albums) and Distribution Select (first 3 albums and Maxi Singles until 2008). His catalogue is sub-published in South Africa by Sheer Publishing.
Ike has also been involved in charity work. For example, in 2015 he wrote the anthem of the South African volunteer Wildfire Services, Ike Moriz - Heroes In Red. He has been the leading co-founder of the environmental protection group "Fresh air for Hout Bay" since 2015, for whom he launched their anthem and protest song Ike Moriz - Lucky Star Ain't What You Are (Feat. Spike Parker). He is also particularly supportive of the Cape Town animal shelter D.A.R.G. for whom he's given free concerts. He supported the NGO "Alexi and Me" to help fund epilepsy research at the Red Cross Children's Hospital in Cape Town. In 2008 Ike Moriz appeared as one of the main acts of the "Zimfest" together with other well-known bands like "Freshlyground" and "Coda", to support the work of the NGO Passop. Moriz has supported the Differently Abled 24/7/365 initiative by giving his voice to the release of Various - Greatest Love - Differently Abled 24/7/365 with 13 other South African celebrities in 2006. In 2021 he will give a concert at Hamburg's landmark, the St. Michaelis Church, in aid of the German children's aid organization "Plan International".
Sites:
ikemoriz.com, open.spotify.com, music.apple.com, YouTube, Wikipedia, Wikipedia, Wikipedia, Wikipedia, Facebook, instagram.com, amazon.com, itunes.apple.com, Twitter, musicbrainz.org, allmusic.com, SoundCloud, Last.fm, musixmatch.com, d-nb.info, worldcat.org
Variations:
Viewing All | Ike Moriz
Eike Moriz