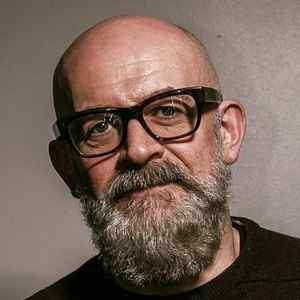 Formed the Submission record label and under a variety of names released some of the first UK House material. In 1987 he was invited to join Mike Pickering at the decks of The Haçienda in Manchester, where he played for a decade.

July 14, 2009
I can't agree anymore with the review from manchester.

I was fortunate enough to go to the Hacienda virtually every saturday between 1991 -1994, when Parky was resident with Tom Wainwright.

As a fellow DJ, I can honestly say that I learned more about DJ'ing listening to GP than from any other source.

Fortunately, I was wise enough to purchase several of his tapes from previous Sat nites, and they still sound superb now!

A master and yes, definetely the BEST DJ from the UK, bar none.

Graeme Park or 'Parky' as known to thousands of misty eyed devotees from 1988-95 was THE original British House DJ's DJ. Along with Mike Pickering, he was the first British DJ to champion House Music in 85-87, long before Rampling, Oakenfold et al supposedly brought it back from Ibiza (& contrary to what the London-centric media would have you believe!). He was the first British DJ to really master the art of seamless mixing - which may not seem that great a feat nowadays. However back in the day when early House Music was making inroads into the UK club scene, most DJs couldn't mix to save their lives - the likes of Rampling, Oakenfold, Weatherall etc might have had an ear for a good tune but they were technically defunct. Park was a maestro for all up and coming budding DJs - Sasha, Garnier, Seaman and countless other DJs who listened to Park at the Hacienda in the early days will testify to that. What really set Parky apart from other DJs was the construction of his sets which always flowed so beautifully - almost like telling a story & he would mix vocals out of vocals seamlessly. Listen to DJs nowadays and anybody can mix beats after beats, but try mixing many of the classic vocal House & Garage records and get them to flow perfectly.

Parky used to sell mixtapes of his sets at the Hacienda from the DJ booth at the beginning of a night - the tapes were usually from the previous week. Thousands of lucky punters who have copies of many of these legendary tapes will testify what a fantastic DJ Graeme Park was. From the period 1988-1992, Graeme Park was without doubt THE GREATEST HOUSE DJ IN THE WORLD. This was confirmed by the fact that he won the prestigious DMC DJ of the year award in constant succession during these years. He broke so many fantastic records at the Hacienda during this period and many other DJs (Sasha included) followed his lead.
The fact that Graeme was such a humble down to earth guy, who would always spare the time for a chat at the DJ booth, and the fact that he wasn't a great self publicist or arrogant like so many other big name DJs, makes him a great DJ in my eyes. After Parky DJs got too big for their own boots and started believing they were some kind of demi gods - as Park himself said, "I'm only a DJ playing other people's records". However that's not to take away from the fact that he was an incredible DJ during his peak years at the Hacienda & he had many a big name American DJ eating out of the palm of his hands - legends such as Humphries, Knuckles and Morales all greatly respected and admired Graeme Park.

Although post 1995, Graeme for reasons only known to himself - probably due to the money from commercial radio and the fact that he'd been there at the beginning of the dance music explosion & seen it & done it, started playing more and more obvious commerical dance music & lost his edge that made him such a great DJ. BUT the guy should be remembered as one of the finest British House DJs (if not the finest in my humble opinion) of his generation, who influenced and spawned a thousand imitators & spread the gospel of gorgeous, uplifting House Music to a generation that will never forget. RESPECT PARKY!