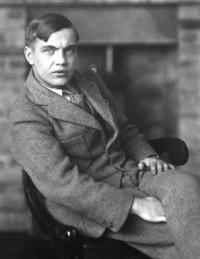 In 1923 Antheil moved to Paris, where he had the support of many influential friends, among them his idol Igor Stravinsky, James Joyce, Ernest Hemingway and Man Ray.

His inventions included a patented torpedo guidance system and a broad-spectrum signal transmission system which then was called frequency skipping, co-authored with actress Hedy Lamarr.