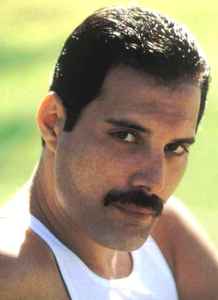 May 5, 2021
Freddie Mercury was an astonishing performer, brilliant songwriter, and overall genius. His work with Queen and with Montserrat Caballé has stood the test of time and will continue to do so. As a human being, he was, from what I've gathered, kind, generous, loving and exceptionally strong. After getting the AIDS diagnosis in early 1987, which was a death sentence at the time, he continued to work on music for FOUR more years, ultimately completing an album with Montserrat Caballé and two with Queen. In the face of certain death he produced some of the finest work of his entire career.

Freddie Mercury remains one of the greatest singers, songwriters and showmen in all of human history, and he is, rightfully, an inspiration to countless aspiring musicians, myself included.