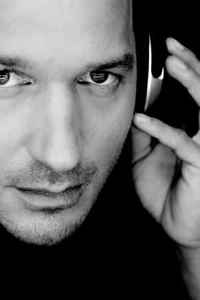 November 27, 2018
What actually happened to both Terry Lee Brown Jr. and The Timewriter? Why did they stopped relasing music and stuff?
See 3 replies

January 6, 2018
what happened to this guy and his outstanding compilations? nothing new since 2014.

Terry Lee Brown and His choice of music for all of the 'Terry's Cafe' Series... is what i would describe as 'Top Drawer'. Every track....has the ability to pull you into sounds and formations...that make you shout out - YES!..How can anyone NOT like this. Well...it does it for me...Try it yourself...you will not be dissapointed. Simple ...Pure Quality!

With a name like Terry Lee Brown Jr. you might be led to believe that this artist was raised in the urban landscape of Chicago, where his mother played him funk and disco records while in his crib. His album covers just add to the image with a cartoon face that could be a caricature of Chris Rock wearing sunglasses. But in reality TLB Jr. is Norman Feller, a white guy from Germany. You may associate Germany with hard, cold, pounding techno, but the music of Norman Feller as TLB Jr. is funky, soulful while maintaining a healthy dose of dancefloor punch. Specializing in deep, chunky slices of house, Feller keeps the music full, lively and energetic without ever falling into cheesy fluff. Check out his recordings as Nor Elle for music that's more on the downtempo side, while still retaining his super-high level of production and musical quality.