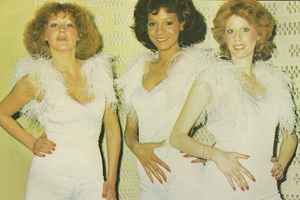 German producer/songwriter duo Michael Kunze and Sylvester Levay released "Save Me" in 1974 on Jupiter Records with session singers doing the sparse lyrics. Early editions using the artist name "Silver Bird Convention." The single was an early disco success in the UK (Magnet) and the artist name was changed to "Silver Convention."

After another huge hit with the title track off their second album, "Get Up And Boogie" (1976), success waned quickly. Their concept album "Madhouse", seeing American Rhonda Heath replace Thompson, only yielded a minor hit-single with "Everybody's Talkin' 'Bout Love", and the group's 1977 single "Telegram", chosen to represent Germany in the Eurovision Song Contest, could only manage to come 8th in the finale.

After an unsuccessful non-album single, "The Boys From Liverpool", Penny McLean left the line-up and was replaced by British singer Zenda Jacks (real name Sue McCloskey). While the new line-up went on a tour, Levay and Kunze parted ways, Kunze hooking up with Philadelphia arranger John Davis (5) for the group's final album "Love In A Sleeper" which yielded the US disco hit "Spend The Night With Me" before the group disbanded.

A brief comeback happened in 1979, seeing Penny McLean return to the line-up, but the single "Café Au Lait" / "Rollermania" was another flop.