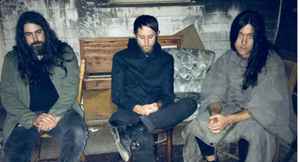 Profile:
HEALTH is an noise rock band, from Echo Park, Los Angeles, consisting of four members including Benjamin Jared Miller, Jake Duzsik, John Famiglietti, and Jupiter Keyes. All are from different cities including Seattle, San Diego, and their current home base, Los Angeles. Jake met Jupiter in college. John met Jake in a guitar store. Jared was drawn to the fold by way of Internet courtship.

The band is often considered noise rock, but besides having some slight elements of the genre, they don’t fit the sound of other, current bands included in the noise rock scene, due to them mixing such genres as dance and electronica.

January 9, 2019
Where is the new album Vol. 4 Slaves of Fear?
Reply  See 2 replies Notify me Helpful

March 11, 2014
These guys are really awesome!
Reply Notify me 2 Helpful