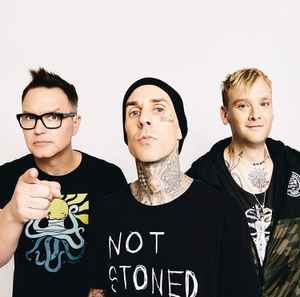 Profile:
blink-182 (official capitalization) is a pop punk band that formed in Poway, California in 1992. Originally named Blink until the Irish pop band of the same name threatened with legal action unless they changed their name. Thus the addition of the "-182" in August 1995.

In February 2005, their record label Geffen issued a press statement announcing the band's "indefinite hiatus", however they reunited in 2009.

October 7, 2019
Stop complaining that Tom is gone. The band still makes good music and if you don't like the new sound you don't have to listen to it. Stop ruining it for everyone else.
Reply  See 1 reply Notify me 13 Helpful

May 30, 2019
Haven't heard these guys since Dude Ranch. Are they still relevant and worth checking out?
Reply  See 7 replies Notify me 1 Helpful