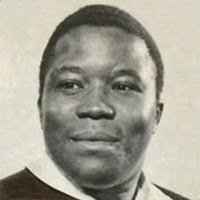 Profile:
David Thekwane is a South African saxophone player who was equally working as a producer. He became most successful with his productions for The Movers, mainly destined for the African Soul market and based on the music of American idols like Percy Sledge, Wilson Pickett and Booker T & The MG’s.