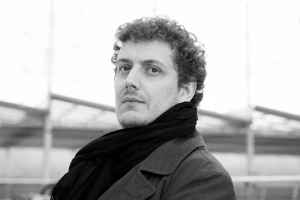 Parisian producer Julien Auger began his musical career by learning guitar at the age of 14, and playing with various Parisian jazz-funk bands. It was around this time that he began DJing with a few different hip-hop bands, and also started to produce his first tracks for them.

As raves became larger and more popular in the early 1990s, Auger discovered techno and house music. His first two records were released on BPM Records under the Trankilou moniker with Ark and Doobass, before he changed his name to Pépé Bradock.

His musical influences range from jazz to dub reggae, cumulating in his hypnotic production style. He has done remixes for New Jersey's Blaze, Cassius, Alex Gopher, amongst many others.

Listening to 'Deep Burnt' again now makes me wonder if pépé tried hard to leave his old musical style behind, as in, his latest outputs have been so creative and crazy they dont actually have much in common with these first productions of his. which still have the power to move souls mind you. 'Lara', 'Vermeille', 'Life'. these are classics for a reason. Everyone would like to grab a copy of Synthèse.

But 20 years have went on, yes, and pepe's productions are as weird and wonderfully crafted as ever, with so much going on for each tune, unique to the point there's virtually no one with a musical voice similar than his around at this given time. an actual example of someone who wasnt afraid of moving forward, a true musical artist among them all.

What's his deal with the eccentric, obscure historical references all over his latest outputs? one wonders. His elusive presence on social media? dude has both twitter and instagram active accounts somewhere out there. Will he ever drop another hip hop-esque beat? let's hope!

September 29, 2013
Burning. This is Art. I heard this for the First Time After a Bad Break UP god how Long ago 13 years? Found Ägain today. Timeless Genius. 7 Reviews! Would have thought to find thousands. Absolute class. Sorry about the Typos, Keyboard trapped in Another Language. Story of my Life! :-)
See 1 reply

why the hell is trankilou not mentioned here anywhere ???

EDIT: thanks for the update, whoever did it :)

December 18, 2012
A true artist with his own touch. Thanks to Discogs and it´s suppliers of good music I´ve been able to get a hold of some of his records wich are out of stock. Love his work and I buy everything. He is like Vakula and Daniel Bell to me. I truly treasure there vinyls.

May 9, 2012
What can I say about this motherf**:*)r? The dude is blessed with that special midas touch that most of us wish we had. The only artist who i've consistently bought every ep. Everything is so......different, which is key. Whether it's a trip-hop or
techno or
house or
even unnameable, it's always ONE thing:
interesting.
Thanks for making electronic music interesting.
Respect

March 4, 2012
An incredible producer, almost everything he's touched is pure gold. Criminally unavailable on CD - "Synthèse" is long out of print, and most of his EPs are only available on vinyl at high prices. The "Confiote De Bits" compilation is great, but how about a nice 2CD retrospective of his own work? Come on BBE!
See 2 replies