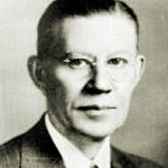 Van Alstyne was the composer of a number of popular and ragtime tunes from the early 20th century.

He was born in Marengo, Illinois. After some time touring in Vaudeville he moved to New York City, initially working as a Tin Pan Alley song-plugger until he was able to make his living as a songwriter. He teamed with lyricist Harry Williams (2). Their first success was "Navajo" which was introduced in the Broadway musical Nancy Brown in 1903 and became one of the first records by Billy Murray early in 1904. Their best remembered song is In the Shade of the Old Apple Tree from 1905.

Other Van Alstyne hits included "Won't You Come Over to My House?", "I'm Afraid to Come Home in the Dark", and "Memories".

Van Alstyne shares credit with Tony Jackson (7) on the hit "Pretty Baby". It was common for Tin Pan Alley publishers to add the name of one of their famous hit makers to tunes, and many have speculated this as being the main reason for Van Alstyne's name appearing on the piece, but Van Alstyne may have had a hand in writing or modifying the verse to Jackson's famous chorus.