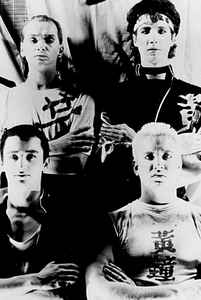 February 10, 2016
When could we have a very interesting compilation of Wang Chung including the last single Rent free plus Abducted from the 80's and also the single Fire in the twilight which is one of the best!
Reply  See 2 replies Notify me 4 Helpful