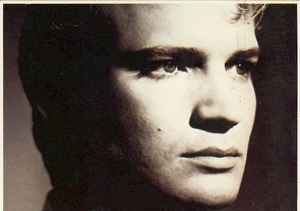 Real Name:
Juan Carlos Ramos Vaquero
Profile:
Spanish singer.
Born 17 July, 1962 in Madrid, Spain.
Iván, the stage name of Juan Carlos Ramos Vaquero, is a Spanish pop singer. He was discovered by CBS producer Oscar Gómez, and recorded a self-titled album, Iván. His first single was "Sin amor" from 1979. In the 1980s, he sold over 5 million albums. He recorded a number of songs with José Luis Perales. He had hit songs in Mexico, Colombia, Ecuador and Chile before his career was interrupted by his compulsory military service. He released the album Fotonovela in 2012, which included a remake of his song of the same name.
Sources differ on his birth date with some identifying 1959 and others 1962. His daughter is Nathalia Ramos who is an actress in Hollywood films.
Sites:
Wikipedia, YouTube
Aliases:
Juan Carlos Ramos
Variations:
Viewing All | Ivan (4)
Ivan B., Ivàn, Iván, Yvan, イヴァン