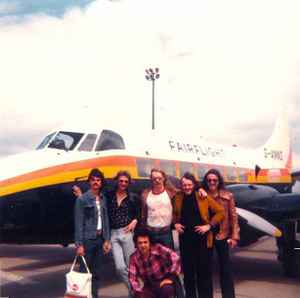 The original Magic Band, formed by guitarist Alexis Snouffer in the mid-sixties, had become a popular rhythm n' blues group "Captain Beefheart and his Magic Band". By the release of their debut album "Safe As Milk" there was much conflict within the group, leading to dramatic changes in its musical direction. With the founder members gone and a troubled trail of label-changes and contract disputes, Don Van Vliet emerged to take control in new directions with his Frank Zappa produced opus "Trout Mask Replica". This was followed by eight further official albums, released under his Beefheart persona, until his retirement in 1982.

Artists I Enjoy To Listen To by appazappa
Seen Performances by by jimcooke
Psych, Classic by TiemoOTheYordle
Favorite Artists by obskyr_records
Seen Live by The_Mog
Artists I have seen live by lancashirearab
View More Lists →