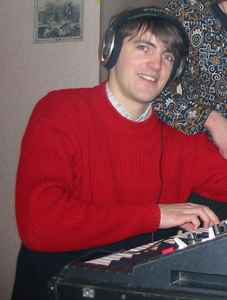 Real Name:
Dmitriy Rusak
Profile:
Ruffen started to be engaged in producing of music in 1995. Till 1997 was known as ZyZ. In 1997 has organized group Ruff Engine which began one of the first Techstep collectives in Russia. After disintegration Ruff Enfine, ZyZ has engaged in solo creativity under pseudonym Ruffen. In 2002 of the beginnings actively to cooperate with Dissident. Together they became pioneers of a wave of Russian Techno Drum'n'Bass. Ruffen the first took part in all significant events on Drum'n'Bass to a stage of Saint-Petersburg, among which All-Russia Drum'n'Bass Convention 2001 and 2002, the first official party English drum&bass label DSCI4 in Saint-Petersburg with participation Sta & Paul B and Black Sun Empire, international drum'n'bass festival in Anniversary with participation Goldie and Technical Itch.
Sites:
MySpace, drumandbass.ru
Aliases:
Dmitry Rusak, Zyz Ruffen