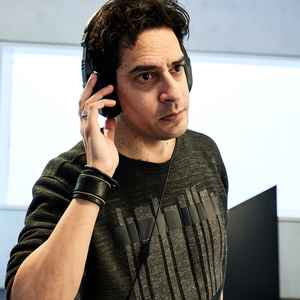 Profile:
Minuit De Lacroix is best known as a vocalist and an avid user of analogue synthesizers and drum machines but also plays piano, organ, acoustic and electric guitars and some percussion.
His songs are characterized by very introspective lyrics and by incorporating diverse musical influences such as a fusion of world-music elements and ethereal atmospheres.
In addition to recording and performing with a vintage synthesizer-based sound, he has also been involved in many side projects, artistic collaborations and production work.
He has composed and produced soundtracks, done spoken word performance shows, recorded voice-over work and has participated as a supporting actor in various films including a significant role as the sinister French Lieutenant in Peter Weir’s major motion picture "Master and Commander: The Far Side of the World".
Sites:
about.me, Facebook, flickr.com, SoundCloud, mixcloud.com, MySpace, Twitter, vimeo.com, YouTube
Aliases:
Into Ether, MDL
Variations:
Viewing All | Minuit De Lacroix
MDL, Minuit