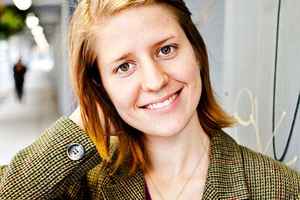 Born February 28, 1988 in Valašské Meziříčí (former Czechoslovakia). Sister of Zuzana Irglová. From 2008 to 2010, she resided in Dublin, after which she moved to New York City. In July 2011 she got married to Chicago-based engineer Tim Iseler. They were divorced in 2012. She and Sturla Þórisson are now married with three children.

She has collaborated with Glen Hansard of the Irish rock band The Frames whom she met when he was visiting Valašské Meziříčí. They performed together as The Swell Season.

In 2007, she co-starred with Hansard in the indie movie "Once". Hansard and Irglova wrote all but one of the songs featured in the film, one of which, "Falling Slowly" received an Academy Award for Best Original Song.
Sites:
marketairglovamusic.com, MySpace, Facebook, Bandcamp
In Groups:
Sestry Irglovy, The Swell Season
Variations:
Viewing All | Marketa Irglova
Irglova, Irglová, M. Irglova, Mar, Marketa, Marketa I., Marketa Irglová, Markéta, Markéta Irglová