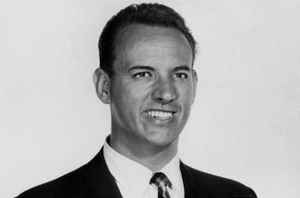 Dick Noel (died October 27, 2017, Escondido, California, USA, aged 90) was an American singer. In the late 1940s he was a a crooner with Ray Anthony & His Orchestra and went on to be known as "The King of the Jingles" for his work on commercials. Noel made his first television appearances on Arthur Godfrey's Talent Scouts at CBS and in 1962 became a featured performer on The Tennessee Ernie Ford Show at ABC. He left Ford's variety program in 1965 and returned to Chicago, where he sang on a multitude of national TV and radio commercials. Noel hosted several radio programs, sang regularly on The Ruth Lyons Show in Cincinnati and then joined Don McNeill (2)'s popular Breakfast Club for which he was the lead singer on that Chicago-based radio show for years.
Sites:
Wikipedia
In Groups:
The Dick Noel Singers
Variations:
Viewing All | Dick Noel
Kick Noel, Noel