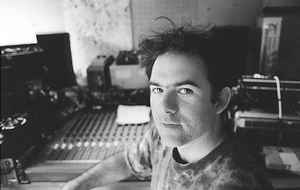 Real Name:
Ryan Moore
Profile:
Currently based in The Netherlands, Twilight Circus ringmaster Ryan Moore grew up in Canada and was immersed early on in Dub & Reggae. Moore first learned to play instruments by playing along with classic Jamaican recordings, spending countless hours as a youth playing deep reggae grooves. He has been active in the music world since 1981, appearing as a musician on over 60 albums with various artists in numerous genres.