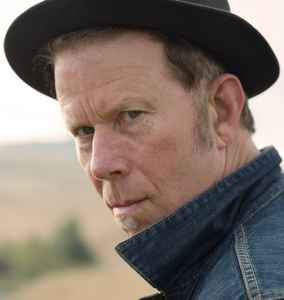 March 26, 2022
Most recent vinyl reissue dates from 2011 already, being offered at ridiculously high selling prices. Each year I am exploring the announced Record Store Day releases hoping to add this beauty to my catalogue. C'mon Tom, do us a favour -;)
Reply Notify me Helpful

it is just ridiculous how criminally underrated, by mainstream audience, this man was / is.

December 7, 2019
Isn't it about time for a nice super deluxe box set? Maybe the first 7 Asylum Records on vinyl or CD with posters, book, etc? Or the next 10 or so Island discs? Some live cuts, some rarities, maybe a disc of single only cuts. It's impossible to find his stuff where I live, buying single LPs is a logistical nightmare, and I'd spring for the heavy postage of a big box set. Somebody? Anybody?

July 27, 2019
Interestingly, he was one of the inspirations for Heath Ledger's portrayal of the Batman villain, The Joker in the 2008 classic 'The Dark Knight'. Watch an interview of Tom, and you'll see where Heath got his iconic voice and mannerisms from.
Reply Notify me 3 Helpful

June 22, 2019
Waits is a great American artist. One of the criteria that defines great artistry is an ability to stay doggedly fixed on a personal sense of true north, no matter what the noise around you suggests, or the personal and professional risks entailed in staking out a new vein of work. Unquestionably he meets that bar. Whether you like his work or not, it is utterly him.

February 14, 2018
Can anybody write something about the new 2017/2018 remasters of all the records? Are they better than original ones??
Reply  See 3 replies Notify me Helpful

February 9, 2018
Waits was great up until Blue Valentine imo. That was his last great record for me. I didn't like Heart Attack, when that came out it was a big disappointment, too shouty. After that he seemed to go on some sort of Beefheart kick and went on to deny his earlier work. I think he was embarrassed about it. Most people knew he wasn't really a beatnik or a gentleman of the road. That whole alky-loser-blues thing was completely made up (a bit like Seasick Steve but unlike SS - Waits had genuine talent).

It didn't matter if it WAS made up... because the songs were really evocative and the lyrics read like poetry. Check out the title track from the Foreign Affairs album as a for-instance. Or anything actually from that album, Small Change or Blue Valentine.

People like the later stuff, I quite understand that... but it's not for me. It's too raucous and contrived. The earlier work was poignant and meaningful and his singing had subtlety..... it wasn't all like a dog barking.

I was lucky enough to see Waits at the London Palladium in 1979. What a fine night. He did a great show. Blue Valentine was quite new back then so he did a whole load of songs from that.... plus he had props on stage like gas station pumps. When he came back on for his encore the curtain came back and he was sitting in an armchair watching the News At 10 on tv.
I set fire to the Palladium carpet that night (accidentally), but that's another story.

January 25, 2014
If you are unsure about Tom Waits, listen to Whistlin past the graveyard, blue valentines, waiting for the heart of Saturday night and then move on. Songs like Raised right men, may take you by surprise. He is a genius but really reserved only for those with a "broad, up for a bit of dark dangerous fun", musical taste!.
Reply Notify me 4 Helpful

Tom Waits... not much you can say about Tom Waits, except that his lyrics are amazing and his use of interesting uncommon instruments is genious. While his voice is not for everyone, he should be checked out just for his musical talent. Mule Variations is a very good begginer Tom Waits album, for those who have not completely learned how to digest Tom Waits unmistakeable musical techniques.

February 27, 2004
Could there be a musician better suited to drinking whiskey till you fall down, playing cards with three jokers and smoking till you sound like a cement mixer? I think not. He's a poet, a musician, an actor, a writer and a madman. His ability to create beautiful haunting melodies and mournful love songs is only matched by his ability to create sonic madness and scary soundwaves. Check out Swordfish Trombones, Frank's Wild Years, The Black Rider, Raindogs, Alice, Bloodmoney, in fact check out any album in his catalogue there are no duds only gems
Reply  See 1 reply Notify me 6 Helpful