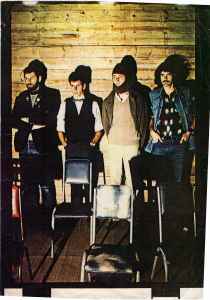 Profile:
New 7th Music existed from 1979 to 1986. It was a group of amateur musicians with an interest in improvisation. They would meet on occasional weekends at a place called the Arun Leisure Center, where they would play in a rented room without the presence of an audience.

Nearly all of New 7th's Music is spontaneous and unedited. Its members were not professional musicians, just friends getting together for jam sessions. The music was sometimes "New Age", sometimes "Tribal / Ethnic" with emphasis on percussion (a type of performance known as "Gamelon"), and sometimes involving avant-garde or experimental music. They also threw in a bit of rock and roll on occasion. Some recordings were accompanied by live reading of texts, or improvised spoken word. While the musicians of New 7th Music were not professionals, some of them were rather good at improvising, which is an art in itself.