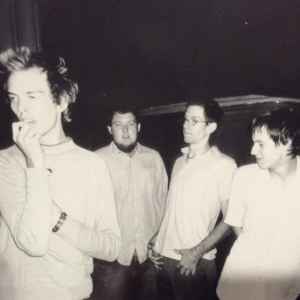 Profile:
Formed in spring 1996 in Bloomington, IN, The Panoply Academy is a name umbrella that survived throughout the central Indiana collective's various lineup changes. Initially, and for the lengthiest period, The Panoply Academy Glee Club rocked with Nick Quagliara on bass, Marty Sprowles on guitar, Darin Glenn on guitar and trombone, Bekkah Walker on keyboards and samples, and Ryan Hicks providing the drums, with everyone on vocal duties. After "Rah!" and "What We Defend", and the departure of two members from the outfit, The Panoply Academy Corps Of Engineers were born - and gone were the keyboards, samples, and driving bass. Concentus was issued in April of 2000. In 2000 they also released a track on an acapella compilation as The Panoply Academy Die-Cast Cadets. The last incarnation of the band gave the world the final name of The Panoply Academy Legionnaires. No Dead Time was released in 2001.