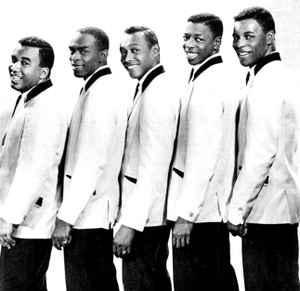 Profile:
American soul group, originally from the Detroit, MI area, associated with the Motown soul sound in the 1960s, as well as Thom Bell's Philadelphia soul sound in the 1970s.
Original members: Bobby Smith, George Dixon, Billy Henderson, Henry Fambrough, Pervis Jackson.
The group formed in the early 1960s, releasing their earliest singles on Harvey Fuqua's Detroit-based Tri-Phi Records. The group then signed with Motown records, releasing a string of singles from 1964-1971, culminating with the Stevie Wonder penned "It's A Shame " which was released on Motown's V.I.P. subsidiary. In the early 1970s, Motown dropped the group, and they signed with Atlantic, who released another run of singles. The most successful was The Rubberband Man which reached #2 on the Billboard charts in 1976, as well as Could It Be I'm Falling In Love which hit #4 in 1973. Both were produced by Thom Bell. Their biggest hit came in 1980 with the Working My Way Back To You, which reached #2 on the Billboard charts in 1980, and was produced, arranged, conducted by Michael Zager.