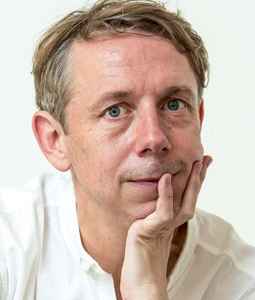 Although British raised, living in London from a young age, his family is originally of French-Swiss extraction, and he remains solely a French citizen – accordingly holding an honorary MBE, awarded in 2004. Involved in many labels throughout his career, from early involvement with Acid Jazz (the label and scene, coined by him during an early DJ event), through Talkin' Loud (along with Japanese offshoot Brownswood Records), and latterly with his own label Brownswood Recordings (named after his "Brownswood Basement" radio show specials; playing old, often rare, vinyl from his massive collection – as stored at his basement studio address in north London), and from 2020 a reissue label called Arc Records.

Peterson garnered attention through his various radio shows, with the Somethin' Else production company produced show for BBC Radio 1 called "Worldwide" being the biggest, broadcast since 1998 to present day (later transferring to BBC 6 Music). Also an additional variation of Worldwide, made and syndicated internationally, has made him one of the most syndicated radio DJs ever.

Such radio attention has lead to global DJ gigs, across Europe, Japan/the Far East, Australasia, the US, and beyond. An early gig was his own "Talkin' Loud Sayin' Something" event (named after the similarly titled James Brown track) at Camden venue Dingwalls, c.1980s to c.1991, with partner DJ Patrick Forge was influential on the UK Jazzdance scene, where fast jazz and latin records were played to an enthusiastic full-on crowd of dancers.