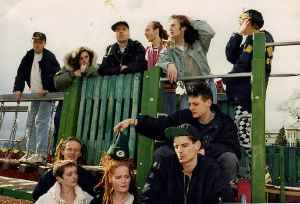 February 9, 2003
Pioneers of the UK Free Party Scene. Had a system at the notorious Castlemorton rave of 1992 which led to the creation of the Criminal Justice Act. Whilst I was never a huge fan of their actual productions in their Strictly 4 Groovers phase, their parties are legenary caning sessions and have been known to go on for days, and their new imprint DiY discs has been churning out some sublime tracks. Their sound is that bass-heavy/chunky/jazzy deep house sound which has had a lasting influence in their home town of Nottingham. Props to Digs and Whoosh, Simon DK, Jack, Emma, Harry (and not forgetting former members Pip and Pez) Huge respect!
Reply Notify me 18 Helpful