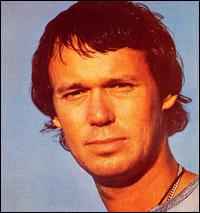 Real Name:
Billy Schatz
Profile:
US country musician and songwriter, b. October 29, 1942 in Russellville, Alabama. Established himself first as a composer in Nashville in the late 60's. Partly credited for the origin of the "Outlaw" term in country music as his first hit song was "Ladies Love Outlaws" written for Waylon Jennings in 1972. In 1973 he started out as performing artist with a not successful self-titled album. It would take five years before he released the sequel. In the meantime he still wrote for other Nashville artists. but from 1978 and on his solo career was in focus. In 1990 the outlaw country supergroup Highwaymen had a minor hit with a cover of his song "Silver Stallion". The song would also be covered by Cat Power on the 2008 album "Jukebox".
Sites:
leeclaytononline.com, Wikipedia, Wikipedia, allmusic.com, rockzirkus.de
In Groups:
The Lee Clayton Band
Variations:
Viewing All | Lee Clayton
Clayton, L. Clayton, L.Clayton