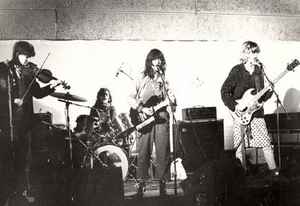 The original line-up of the Raincoats was Gina Birch on bass, Ana Da Silva on guitar, Vicky Aspinall on second guitar/violin & Palmolive (Paloma Romero), who had just left the Slits, on drums.
Palmolive left shortly after the release of their first album in 1979 and was replaced by Ingrid Weiss.

The band split up in 1984 having released three studio albums, only to reform in 1994 due to renewed interest in them. (Their original albums were reissued in 1993 with liner notes by Kurt Cobain & Kim Gordon.)