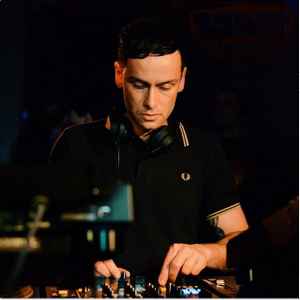 May 16, 2020
Nothing but love for this project and anything that it helps shape to existence.

September 4, 2018
Simply, one of the greatest. Techno industrial, not techno with industrial or industrial with techno, something very few achieved.

February 16, 2015
I bought mp3 versions of First to Sixth Method + Seventh Seal, queued them up back to back on my device and listened to them on headphones in one sitting. A punishing but ultimately character-building exercise!

March 6, 2010
Rather than doing a meticulous release by release review, I will drop by this little humble comment about this underground label, led by the duo Beeks and Trias, which has earned and cemented its reputation as a techno heavy weight force to be reckoned with.
In the words of a layman, this project is the equivalent of a finest music output I have listened to since the demise of British Murder Boys. Ancient Methods have this amazing style which takes the best of labels such as Counterbalance, Downwards, Sandwell District and, to hell with it, E-Com, and pours it all out into a melting pot, forging and churning out something completely new and unique - you guessed it - Ancient Methods.
An average track of theirs sounds like a combo between BMB's Learn Your Lesson and/or Be Like I Am, with a touch of Mulero's 91 61 91, distorted madness of Speedy J's Pannik and the ferocious rawness of Regis' Baptism. Punishing, opressive techno with strong industrial influences, striking a balance on each release between devastating four to the floor crunchers and off-beat, broken pseudo acoustic techno to challenge the mind. Naturally, eerie and spooky sounds and effects are sprayed all over the vinyls, and the recurring trend of using medival dungeon themes only adds to the prevalently opaque mood of the music. Lovely, gorgeous, and uhm, lovely!
The releases, unlike with many other labels, tend to get better as the catalogue number increases. The first and the second method are since long out of print, and can barely be found anywhere any longer four under twenty five euro, but the really indispensable gems are the last two. The third and the fourth method have built and elaborated upon the sheer brilliance of the previous two installments and the guys have really re-captured the essence of a sound many of us feared would never resurface to sound this great again.
Another thing to keep in mind is that each vinyl release of their is a colored, marbled piece of wax, looking cool enough that you'll be having second thoughts, asking yourself whether you should play the music until it wears out or should you frame the 12"? My releases all came in plain white sleeves, which were nothing to brag about, but the vinyl itself will strike your eye faster than you think.
The way things are going with this label, I would first and foremost recommend getting "Third method" and "Fourth method" before they run out of stock. As for the future, who knows what it will bring, but if the first four releases were this good, I am biting my finger nails in anxiety, impatient to hear what the fifth will sound like. For me, along with the acts like Silent Servant and Function, Ancient Methods is the act to follow!
See 1 reply