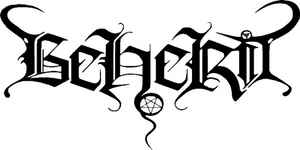 Beherit (meaning Satan in Syriac) is one of the first Finnish black/death metal bands and their 1993 debut album ’Drawing Down The Moon’ is a staple of Finnish extreme metal. Soon after the album was released Beherit became Marko Laiho’s solo project and his interest in electronic music also steered Beherit’s musical direction away from metal and the following albums were experimental electronic/ambient music. After 1996’s ‘Electric Doom Synthesis’ Beherit went on a long hiatus.

In 2007 Laiho and original drummer Pirinen re-activated the band and their comeback album ‘Engram’ was released in 2009. This also saw the band returning to black metal form with a full band line-up. The latest release Bardo Exist was again a solo effort and saw Laiho exploring the ambient/electronic side of Beherit again.

Why is this recorded so well?
Suomi means "swamp".
Basically, if New York State was an entire country on the Russian Border, than the Professional Audio Engineer Talent Pool, would be more accessable to...um...BEHERIT.
BEHERIT is among the best of the "Is that the Off-Beat or On?" bands of feral modernity.
Also, notice the vokills and how they effortlessly slay even the "gutpuking" of VASAGO.
Avoid the "I-don't-want-to-get-all-sweaty" effortless electronic projjy which they swap out for the real guitars of the first demos and full lengths: the consummate progenitors, the band is creatively over by '94.
Outside of Equitant Ifernian's dry minimalistic fighter-pilot solo thing, Heavy Metal electronic side projects are never good, bested by even the Girlfriend-Of-A-Popular-Metal-Composer project like AGHAST, and are yet worse if the original band name moniker is maintained as cover, instead of NEPTUNE TOWER-ized.