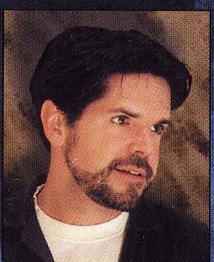 Tim Story currently resides in the small river town of Maumee, in northwest Ohio. He established a worldwide reputation as a creator of emotionally complex chamber music that blends classical instrumentation with electronics.

In addition to 13 solo albums and many compilations, Story's work has appeared on numerous TV and film soundtracks, including the original score for the popular NPR documentary "In Search Of Angels" (1999), and "Caravan (Music From The Motion Picture)" (aka "Caravana") (2005); a feature-length documentary, written and directed by Gerardo Olivares for the production company of Spanish film director Pedro Almodóvar.

Story received a Grammy nomination for a children's recording with actress Glenn Close titled "The Legend Of Sleepy Hollow" (1988), and a NAIRD 'Best Album' award for "Beguiled" (1991).

Notable collaborations include six releases with Hans-Joachim Roedelius, three releases with Dwight Ashley, and another project with both Ashley and Roedelius titled "Errata" (2008).

As much as i dislike music with new-age'y feel, works created by Tim Story are an exception. His music is soft, but hardly bland, mainly due to his musical skills. There's a lot of sadness in his music too, although no words are used and it takes some time to get into it. If you're in the mood, check out his albums "Beguiled" or "The Perfect Flaw". Fans of Harold Budd should take notice of Tim Story work too.