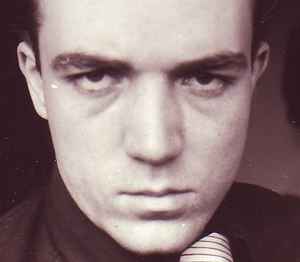 Profile:
Hermann Kopp started recording songs on tape in the seventies, combining his violin with a Moog imitation in a very personal and minimal approach to music, with lyrics that bordered on surrealism. After his first Mini-LP in 1981 and his “Pop”-LP of 1983, he became the fifth member of the experimental synthesizer band Keine Ahnung. After a first band split, Hermann Kopp was contacted by filmmaker Jörg Buttgereit in order to participate in the scores for “Nekromantik”, later in “Der Todesking” and finally in “Nekromantik 2”. In 1991, he exiled from Germany and has been living in various European countries since.
Sites:
hermannkopp.com, Wikipedia, MySpace, Facebook
In Groups:
Keine Ahnung, PSICOPOMPO
Variations:
Viewing All | Hermann Kopp
H.Kopp, Hermann K.