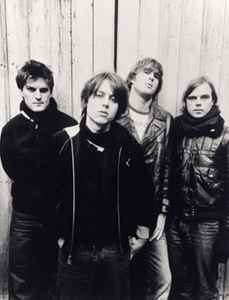 Profile:
The Vines are an Australian alternative rock band originally formed as Rishikesh in 1994 in Sydney. They play a musical hybrid of 1960s rock and 1990s alternative music. Since 2006 their line-up has consisted of vocalist and lead guitarist Craig Nicholls, rhythm guitarist Ryan Griffiths, bass guitarist Brad Heald and drummer Hamish Rosser.

The Vines' success in the Australian recording industry resulted in winning an ARIA Award in 2002 for 'Breakthrough Artist – Single' for "Get Free" and receiving five other nominations for their debut album Highly Evolved, plus two further nominations in subsequent years. In 2003, the album went double platinum in Australia, and since then the band has released three albums and a "Best-Of" compilation from their time at Capitol Records. Melodia was released on 12 July 2008 in Australia, in the UK on 14 July, and in the USA on 22 July.
Sites:
Twitter, Wikipedia
Members:
Brad Heald, Craig Nicholls, Hamish Rosser, Patrick Matthews, Ryan Griffiths
Variations:
Viewing All | The Vines
Vines