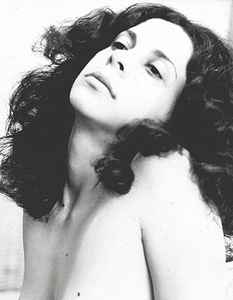 Gal Costa was born on September 26, 1945 on Barra, one of the most traditional neighbourhoods of Salvador, to Mariah Costa Penna (d. 1993) and Arnaldo Burgos (d. 1960). During her pregnancy, Mariah spent hours concentrated listening to classical music, as in a ritual, with the intention that her child would become interested in music. Gal never met her father, who died when she was 15 years old.
When she was 10, Gal befriended sisters Sandra and Andréia Gadelha, future wives of singer-songwriters Gilberto Gil and Caetano Veloso, respectively. At 14, she first listened to João Gilberto's "Chega de Saudade" on the radio and became interested in Bossa Nova. She then went on to work as a clerk on Salvador's main record store to get closer to music. At 18, she was introduced to Caetano Veloso by Andréa Gadelha, engaging with him in a deep friendship that still lasts.

Costa debuted her professional career on the night of August 22, 1964 on the concert Nós, por exemplo, where she performed alongside Veloso, Gil, Maria Bethânia and Tom Zé, among others. The concert inaugurated the Vila Velha Theatre in her hometown. During the same year, she also performed in Nova Bossa Velha, Velha Bossa Nova, at the same place and with the same singing partners. She then left Salvador to live in the house of her cousin Nívea in Rio de Janeiro, following the footsteps of Bethânia, whose concert, Opinião, had become a huge hit on the town.
Costa's first professional recording happened on Bethânia's debut album, released in 1965. It was the duet "Sol Negro", written by Bethânia's brother, Caetano Veloso. She then released her first singles through RCA Records, "Eu vim da Bahia", written by Gil, and "Sim, foi você", written by Veloso. On the following year, Costa met Gilberto personally and participated on TV Rio's 1st International Music Festival performing "Minha Senhora", written by Gil and Torquato Neto. It failed to captivate the Festival's audience.
Costa's first album Domingo was released on 1967 through Philips Records. It was also Veloso's debut. Costa stayed on the label, which later became Polygram, until 1983. One song released from this album, "Coração Vagabundo", became a huge hit. On the same year, Costa also performed two songs on the 2nd International Music Festival, which was then hosted by Rede Globo. They were "Bom Dia", written by Gil and Nana Caymmi and "Dadá Maria", written by Renato Teixeira. The latter was performed with Sílvio César on the Festival and with Teixeira on the recording.
In 1968, Costa became a part of the Tropicalismo movement. She recorded four songs on Tropicália: ou Panis et Circenses. They were "Mamãe coragem", written by Veoloso and Torquato Neto, "Parque industrial", by Tom Zé, "Enquanto seu lobo não vem", by Veloso, and "Baby", also by Veloso. The latter became Costa's first nationwide solo hit, becoming a classic of Brazilian popular music. On the same year, she participated on the 3rd International Music Festival, performing "Gabriela Mais Bela", written by Roberto and Erasmo Carlos. In November, she participated on Rede Record's 4th Music Festival, performing the song "Divino Maravilhoso", by Gil and Veloso. The song also became a nationwide hit and a classic song of popular music.
On 1969, Costa released her eponymous solo debut album, which included "Baby" and "Divino Maravilhoso". The album is considered a Tropicalismo classic, balanced between Brazilian stylizations and North American psychedelic influences. It also featured Costa's third and fourth solo hits, Jorge Ben Jor's "Que pena (Ele já não gosta mais de mim)" and Veloso's "Não identificado", respectively. On the same year, she recorded her second solo album, titled Gal, and featuring the hits "Meu nome é Gal", by Roberto and Erasmo Carlos, and "Cinema Olympia", by Veloso. The album served as the basis for the repertoire of the concert Gal!.
Her next album, Legal, was not as far from the mainstream as its predecessor, and a live album the following year again balanced smooth Brazilian sounds with heavy rock. In 1973, the cover of Costa's album Índia was censored due to her wearing a risqué red bikini. Costa has recorded songs composed by a number of Brazil's most popular songwriters such as Tom Jobim, Ben, and Erasmo Carlos. In 1982 the single "Festa Do Interior" from the double album Fantasia became her biggest ever hit, going multi-platinum by the end of the year. Costa appeared in the 1995 film The Mandarin (O Mandarim) as the singer Carmen Miranda. She has recorded songs in Portuguese, Spanish and English.
Sites:
galcosta.com.br, Wikipedia
Aliases:
Maria Da Graça (2)
In Groups:
Doces Bárbaros, Gal Costa & Big Band, Hermanos, Transarmônica D'Amla D'Omrac Orchestra
Variations:
Viewing All | Gal Costa
Cal Costa, G. Costa, Gal, Lag Atsoc

November 25, 2017
If you see any early Gal Costa album just get it, at the level of Veloso, Gil, Os Mutantes... etc... also wow, never seen so many pictures of an artist's page on discogs, but she is Gorgeous!
See 1 reply