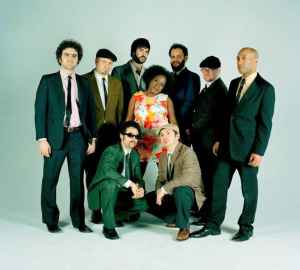 Profile:
The Dap Kings are made up of musicians from The Soul Providers and The Mighty Imperials, both of which gained recognition for laying the music behind Desco Records' catalogue of funk 45s and LPs. Sharon Jones joins them on vocals. She has been described as "A fire-breathing soul survivor, an old school R&B dynamo, who intoxicates her charges with lickin' stick James Brown style" (Pulse Magazine). Perhaps no surprise then to find out that Sharon was born and raised in James Brown's hometown of Augusta, Georgia (USA).

November 19, 2016
R.I.P. Sharon. Such a great artist and incredible talent! You will be missed.
Reply  See 1 reply Notify me 15 Helpful