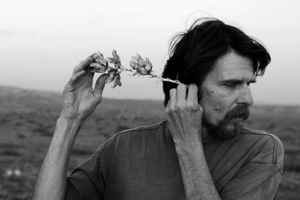 "In 1986 I began recording and performing under the name Hands To. Most of the early soundwork was sampler and tape loop based, though over the course of ten years it evolved into using environmental recordings with very little to no manipulation or electronic processing.
In 1996 in Seattle I embarked upon a weekly series of concerts at Anomalous Records which brought me into contact with the city's improvised music community. For the next three years I played with anyone who would have me. During this time I began giving solo performances using only natural found objects (stones, shells, bones, driftwood, pine cones, etc), as soundmakers, a practice which continues to today. Eventually I stopped using the name Hands To.
In 1999, the Animist Orchestra was founded. The AO focuses on making music that hopefully bypasses our individual egos.
Most of my previous work could be interpreted as being 'idea-based'. I find that most of my work nowadays is sound-based. I believe this is due to my growing interest in listening, in what happens when one listens, and my concomitant disinterest in contextualizing sound." - Jeph Jerman
Sites:
ribexibalba.com, SoundCloud
Aliases:
Big Body Parts, Hands To
In Groups:
Animist Motors, Animist Orchestra, Atrocity Exhibition, Big Bwana Parts, Big Joey, Blowhole, City Of Worms, Domaine Poétique, Great Many, HAKTM, His Masters Voice, Holeist, Not To, Ones/Hands, PHBTK, Project W, Stylus (4), The Oak Trio, The Yes, Well..., Then To, Warsaw (1921), Wrong (2)
Variations:
Viewing All | Jeph Jerman
J Jerman, J. Jerman, J.Jerman, JJ, Jarman, Jeph, Jerman