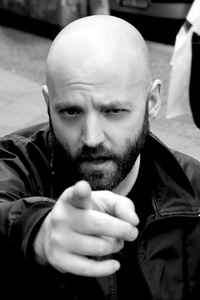 Real Name:
Nektarios Danias
Profile:
DJ and producer based in Germany. He is one of the founders of Oslo.
Nekes, born in Mannheim /Germany as the son of Greek parents, moved 2012 to Berlin and found there his new home town. As resident at Club der Visionäre & Hoppetosse Club you can join him during his monthly events with Ray Okpara. He started his career in Mannheim while he did manage the Zoo Club with his friends Federico Molinari, Johnny D. & Ray Okpara. He was resident as DJ at Loft Club / Ludwigshafen, later at the Time Warp / Mannheim- there aren‘t many who can say that about themselves! 2007 he founded with his friend Federico Molinari Oslo Records to promote and offer a home for electronic dance music. He has already administered a lot of remixes and own Ep´s during the last years.
Sites:
Facebook