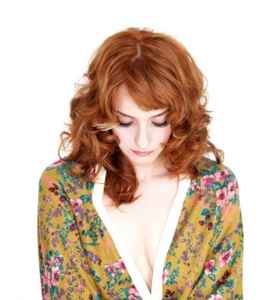 Real Name:
Alejandra Iglesias
Profile:
Experimental techno producer Miss Dinky (Alejandra Iglesias) was born in Chile, but she moved to New York in the mid-'90s to continue her studies in dance. Shortly after arriving in the States, she became further enamored with dance music and eventually began DJing in the N.Y.C. club scene. (Dinky had long since become a techno fan and occasional DJ, having caught many a German act while still residing in Chile; also, an inspirational trip to Berlin prior to her move to the States proved to be a significant event.) She held a residency at the Flamingo East and spearheaded the Angels on Vinyl, a female DJ triumvirate based in New York City. Influenced by a wide number of sources, from Basic Channel and Christian Vogel to Carl Craig and Derrick May, Dinky's productions range from ambient home-listening to melodic dancefloor fodder.
Sites:
Bandcamp, Facebook
Aliases:
Alejandra Iglesias
Variations:
Viewing All | Dinky
Miss Dinky

Chilean born NYC resident Alejandra Iglesias, AKA Miss Dinky is no stranger to music. As a child, in Santiago, she studied dance and piano, in her teenage years she was influenced by German musicians, who used to go to Chile to hang out and perform their music every summer (escaping the German winter). Legends like Atom Heart, Sun Electric, Villalobos, Dandy Jack and Markus Nicolai were to become key influences in her development as a young musician. In 1996 Dinky went to Berlin to visit her sister, there she discovered the local techno scene and visited clubs like Tresor, E werk, and the Hardwax Store were she bought her first vinyl records. Later that same year she started DJing techno and Chicago house in Santiago..... Miss Dinky moved to NYC in 1997 to attend the Martha Graham School of Dance, fascinated by the night-life and all the record stores she started DJing inmmediatley, soon gaining a following and respect from fans, promoters and fellow DJ's. Miss Dinky has performed in several clubs and raves in NYC: Limelight, Tunnel, Fun, The Cooler, Frying Pan, VIP, Sonic Groove raves etc... She has DJed alongside big names like Rolando, Derrick May, Frankie Bones, Stacey Pullen, DJ Hell, Anthony Rother , Heiko Laux ect On numerous occassions she has performed in Central and South America , and last month she was invited to Germany , her perormances included shows in Tresor, WMF ,Studio 672 and Casino Berlin ..folowed by the first International Female Pressure party in Detroit last September. Alejandra started producing her own music two years ago. She has released 5 EP's one Album and a remix , she has also a Video out on Viva and MTV europe At the moment she has produced for labels like Traum (Köln), Sonic Groove (NYC), Carpark (NYC), Kanzleramt (Berlin) , future proejects include music for Bpitch Control , K20 , and Parallel labels. Her first record on Traum (Atacama EP) was charted on the top 20 of De-bug magazine and compared to Aphex Twin in Flyer magazine (NYC). Her music has attracted the admiration of prestigious DJ/producers like Andy Weatherhall, Ritchie Hawtin, and Mike Inc. Notably, last May she was invited to remix PSI Performer, otherwise known as Anthony Rother, one of the most known and respected electro producers in the world.