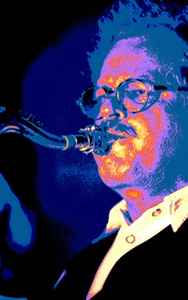 Real Name:
Eero Uolevi Koivistoinen
Profile:
Eero Koivistoinen (b. January 13, 1946) is one of the best known jazz musicians in Finland. His main instrument is the saxophone, but he is also a highly regarded composer, arranger and conductor.

In the 1960's and 1970's, Koivistoinen studied the saxophone and composition in Sibelius Academy in Helsinki, Finland and in Berklee College of Music in Boston, USA.

He released his first solo album Valtakunta, a mix of psychedelic rock, poetry and modern jazz, in 1968. His second album, Odysseus, originally from 1969 but reissued in 2006 by Sähkö Recordings, was more traditional post bop with influences by John Coltrane. In the 1970's, he delved deep into jazz-rock and funk and recorded perhaps his most widely known album to date, Wahoo!.

On the 1983 album Picture In Three Colours, his band included Jack DeJohnette and John Scofield.