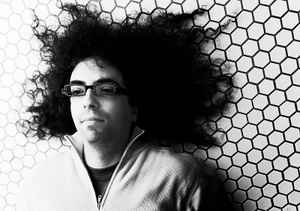 Profile:
Mark Applebaum (b. 1967) is an American composer, electroacoustic performer/improviser, jazz pianist, instruments designer, and educator from Chicago, a professor of composition and theory (since 2016) at Stanford University. Mark earned his B.A. degree from Carleton College after studying composition under Phillip Rhodes (2) and graduating with honors in 1989. Applebaum received an M.A. (1992) and Ph.D. (1996) from the University Of California, San Diego, where Brian Ferneyhough, Joji Yuasa, Rand Steiger, and Roger Reynolds mentored him.

Mark's solo, chamber, choral, orchestral, operatic, and electroacoustic works have been widely performed throughout the United States, Europe, Africa, and Asia. Some of the notable appearances include the Internationale Ferienkurse für Neue Musik, Darmstadt, John F. Kennedy Center For The Performing Arts, the American Composers Orchestra's OrchestraTech, ICMC (International Computer Music Conference) in Beijing and Singapore, the TRANSIT Festival in Belgium, South-African Unyazi Festival in Johannesburg, Sonorities in Belfast, Sonic Circuits in Hong Kong, SIGGRAPH in Los Angeles, the Essl Museum in Vienna, and Eclectronica Microfestival (2004) at The University Of Michigan.

Since 1990, Mark Applebaum is designing and constructing sound-sculptures – DIY musical instruments made of junk, hardware, and found objects mounted on electroacoustic soundboards, and intended both for their sonic and visual properties. Such devices as the mousetrap, the mini-mouse, the duplex mausphon, and the midi-mouse have been employed in many improvised works and live performances. They were also used in a few "formal" compositions, such as Zero-One, performed by Steven Schick in Darmstadt, and Scipio Wakes Up, commissioned by the Paul Dresher Ensemble and subsequently presented by Speculum Musicae. Mark also played those instruments on Mousetrap Music (1996) and The Bible without God (2005) albums on Innova Recordings. The latest sound-sculpture, mouseketier (2001), has interactive capabilities with Max/MSP and was used on several CDs, including Catfish (2003), Intellectual Property™ (2004), Martian Anthropology (2004), Asylum (2006) and Sock Monkey (2008).

As a jazz pianist, Applebaum has been touring all over the world, from Czech Republic to Sumatra and Burkina Faso. In the nineties, he organized the Mark Applebaum Trio with Chad Anderson (drums) and London Branch (2) on double bass. Since 2000, he also performs with his father, Bob Applebaum (2), as the Applebaum Jazz Piano Duo. Innova released their debut album with standards and original compositions, The Apple Doesn’t Fall Far from the Tree (2002).

Applebaum joined the Stanford faculty in 2000, serving as an assistant and associate professor and recently promoted to a full professor. From 2004 to 2006, Mark was an elected John Philip Coghlan Fellow at the University. He is also a founding director of [sic] — The Stanfjord Improvisation Collective. Before the current appointment, Mark Applebaum taught at UCSD and Mississippi State University.
Sites:
markapplebaum.com
Variations:
Viewing All | Mark Applebaum
Applebaum, Mark