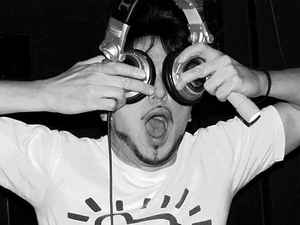 Real Name:
John Savas
Profile:
Johnny Dynell is the New York City DJ, producer, songwriter, remixer and impresario who has been practicing his art and craft for over three decades. His DJ style is infectious and inclusive, and he is a long-time favorite of New York’s art and fashion crowds as well as generations of Club Kids. He is equally at home spinning black tie galas like the annual Elton John Academy Awards Viewing Party and the AMFAR party at the Cannes Film Festival or underground club events like the Saint at Large Black Party.