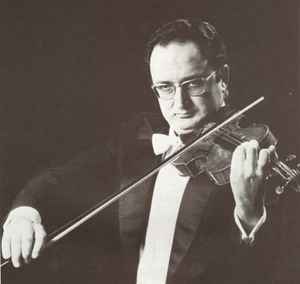 Salvatore Accardo is considered one of the greatest violin talents of the Italian school of the twentieth century, with a repertoire that ranges from the Baroque to contemporary. Composers such as Salvatore Sciarrino, Franco Donatoni, Astor Piazzolla and Iannis Xenakis have written works for him.

Accardo is also a renowned conductor and director of classical works. In 1971 he founded the 'Cremona String Festival' and 'International Music Weeks in Naples' ["Le Settimane Musicali Internazionali a Napoli"]. He was among the founders of the Walter Stauffer Academy in 1986 and also founded the 'Accardo Quartet' (1992) and 'Orchestra da Camera Italiana' [OCI] in 1996.

A child prodigy, Accardo grew up in Torre del Greco (to which he was later awarded Honorary Citizenship in 2005) and began his studies under the Neapolitan maestro Luigi D'Ambrosio at the age of eight. At sixteen he was winning attention at Accademia di Siena Chigiana and a year later won the prestigious 'Premio Paganini' international violin competition. At the award ceremony he performed with Paganini's violin, an original Guarneri.

Accardo has an affinity with the works of Paganini, being the first to record all six of the Niccolò Paganini Violin Concertos. Notably, some thirty-seven years after his first performance on the instrument at the Paganini award, Accardo recorded an album of classical and contemporary works in 1995 on Paganini's Guarneri del Gesù 1743 violin, "Il Canonne". Accardo now owns or has possessed a number of exceptional violins, including Stradivari [ex-Francescatti] 'Hart' (1727), Stradivari [ex-Reynier] (1727), Stradivari [ex-Saint-Exupéry] the 'Firebird' (1718), Stradivari 'Reiffenberg' (1717), Stradivari 'Zahn' (1719), Stradivari 'Dragonetti' (1706), and a Guarneri del Gesù 'Lafont-Siskovsky' (1733).
Sites:
Wikipedia
In Groups:
I Musici
Variations:
Viewing All | Salvatore Accardo
A. Salvatore, Accardo, S. Accardo, Салваторе Аккардо, Сальваторе Аккардо, アッカルド, 살바토레 아카르도