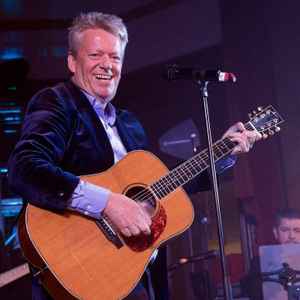 After a brief stint as a solo recording artist in the mid 80s, Caine became involved as a songwriter and producer with acts associated with WAU! Mr. Modo Recordings and Big Life, often in collaboration with Youth. He later worked with many of the Boy Bands of the 90s and remains an in demand session vocalist. As a featured vocalist he is perhaps mostly known for Round One - I'm Your Brother and Round Two - New Day, two seminal tracks of the mid 90s German deep house scene.
His songwriting credits are indexed under Andy or Andrew Robert Caine and Andrew Robert Cunningham in mechanical rights databases such as BMI and GEMA.
Sites:
repertoire.bmi.com
Aliases:
Andrew Cunningham
In Groups:
Jam On The Mutha, Voxaphonic
Variations:
Viewing All | Andy Caine
A Caine, A. Cain, A. Caine, A.Caine, Andrew Caine, Andy, Andy Cain, Andy Cane, Caine