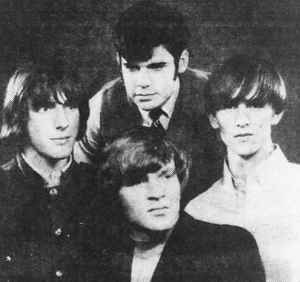 Several members of The Thyme had previous or side bands that they played in. Al Wilmot had The Twang Brothers, Groove Monsters, Lighthouse, Road Runner, The Zooouts, and Love Sum (with Doug Wagner, Mark White, and Randy Underwood). Steve Vandenberg had Beyond (with Mike Rousch and Bob Reilly). Ralph Cole had The Hitch Hikers, which were the early The Thyme, back when they were in Kalamazoo. They recorded on Phalanx Records out of Portage. The band then turned Thyme and was signed to Ann Arbor based A-Square records for quite some time. Also found on A-Square are other 60s and 70s Michigan rock n roll bands such as MC5, Rationals, Scot Richard Case (SRC), Stoney And The Jagged Edge, and The Stooges.
Sites:
westmichmusichystericalsociety.com
Members:
Al Wilmot, Ed Linenthal, Jimmy Optner, Ralph Cole, Randy Underwood (2), Steve Vandenburg