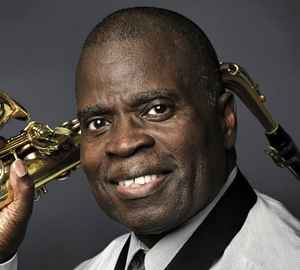 Real Name:
Maceo Parker Jr.
Profile:
American funk/jazz saxophonist, most famous for his work with James Brown.
In 1963 when his brother, drummer Melvin Parker, landed a spot with James Brown's band, Maceo was introduced & also offered a spot. Originally playing baritone sax with the band, Maceo soon switched over to tenor and was an integral member of Brown's band. In 1970 most of these disgruntled bandmates quit and under Maceo's leadership recorded and toured as Maceo & All The King's Men. By 1973 Maceo was again with Brown;s touring band, but by 1974 they parted ways again. Maceo became involved with George Clinton and his many projects, including Parliament & Funkadelic. 1984 saw him sign again with James Brown for another 4 year stint. By 1990 Maceo was a solo act. 1990's Roots Revisited and 1991's Mo' Roots were jazz flavored releases, but by 1992 he was touring incessantly playing funk. 1992's Life On Planet Groove gives a taste of his live act of the time, alongside his longtime collaborators Fred Wesley and Pee Wee Ellis. Many releases and guest appearances have followed, including contibuting to many of Prince's studio and live efforts.