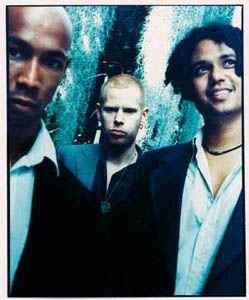 Profile:
Seeed is a German reggae/dancehall band from Berlin.

Since their origin in 1998 in Berlin, Seeed have become one of the most famous reggae/dancehall bands besides Gentleman not only in Germany but in complete Europe.

They consist of eleven band members, including three singers, a horn section and a DJ.
Over the years, they have worked with several well-known Jamaican artists like Elephant Man, Tanya Stephens, General Degree, Black Kappa, Anthony B and more.

After their first smash hit "Dickes B", a declaration of love to Berlin, in the year 2000, they released their first full length album a few months later in 2001: "New Dubby Conquerors".
It was an incredible success, and since their second album "Music Monks" (they released 2 different versions of it: a national version with german lyrics and an international version with english lyrics), they definitely belong to the most important reggae-artists worldwide and are well-known not only in most parts of Europe but also in Jamaica.