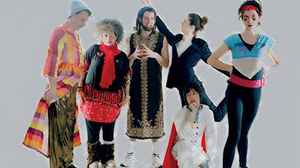 Profile:
American anti-folk / lo-fi act originally conceived as a pseudonym for Adam Green in 1994. By 1998 The Moldy Peaches became a duo when a friend and collaborator Kimya Dawson joined as a full member. From 1999 onwards Moldy Peaches became a full band, with a shifting lineup of second guitarists, drummers, and bassists. The lineup featured on their only studio album consists of Adam Green, Kimya Dawson and Chris Barron. Barron left the band in 2001, and the group broke up in 2004.